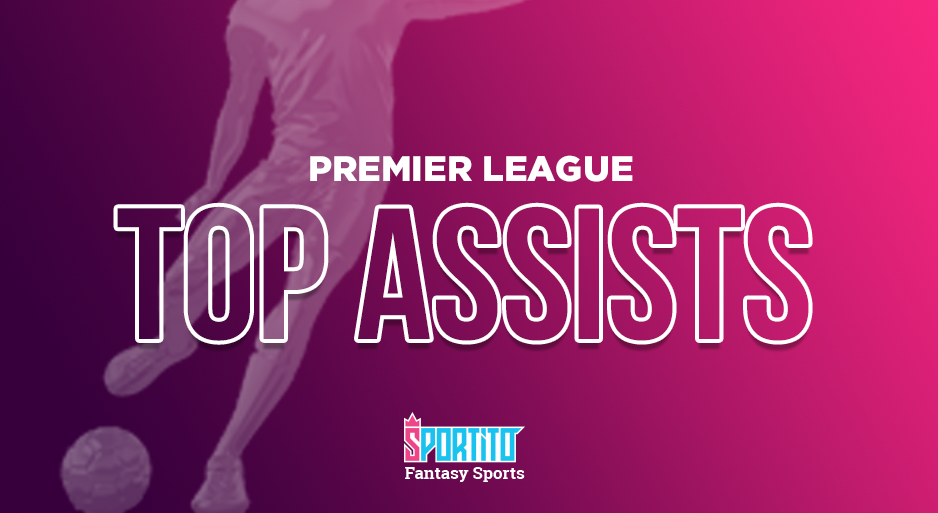 Here, you will find the best Fantasy Premier League players for top assist in premier league 2021/22 season. Here is the ranking of the assists EPL, the ranking that offers the best finishers of the English championship. 2021/2022 Premiership assists standings: it is not only the strikers who make the difference, who decide the matches by being the protagonists of the crucial episodes. There are also them, the numbers ten of the football that was, those that “profession” trigger the tips and assure them the supplies necessary to score nets in clusters. In our site you can check the top assist man in Bundesliga. You can check back here every week for the updated premier league top assists table to help you with your fantasy football lineups. It’s important to remind that an assist is given to a player for passing or crossing the ball to the scorer.

On Sportito, you can play Daily Fantasy Football with the opportunity to win real money every day thank to our special fantasy contests. Sign up now and build your lineup for the upcoming contests including some of these players who have the most assists in EPL this season.

On Sportito, it’s possible to include all of the best premier league assist players because you have an unlimited budget to build your team. Start winning today with this Premier League top assists’ table!

First place for the Belgian De Bruyne: 19 assists for the Manchester City player. At second place there is Alexander-Arnold of Liverpool with 13 assists. In the ranking of best assist player in Premier League, Robertson of Liverpool is third with 11 assists. Son Heung-Min share fourth position with David Silva and Momo Salah with 10 assists.

Check also the assist table of last Premier League season to have an instant look on how the top assists’ players performed in comparison.

Finally let’s give a look at the winners of the Premier League Playmaker of the Season award. This important prize was introduced in the 2017/18 season to reward the players who provides the most assists for their teams. Who will the next big name after De Bruyne and Hazard?