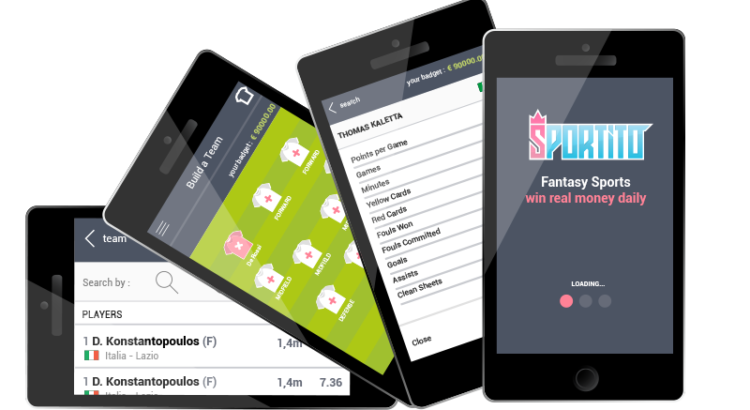 The primary reason fantasy managers choose DFS instead of season long, is that it’s relatively easier to deal with as you don’t have to constantly be on your toes regarding multiple gameweeks as you can simply play at your own convenience and earn money for it. Although, unlike the usual season-long games, Daily Fantasy Sports require you to pay a certain amount of money to enter into a “contest” – it’s a bit like crowd funding. The winner(s) of the contest then wins a chunk of money. But DFS operators such as Sportito, is offering free entry contests, to encourage the beginners to beat the competition with the sharks.

One of the best dfs websites in the UK is Sportito Daily Fantasy Sports platform, since 2016. With the most demanded daily fantasy sports version, Sportito is offering a great chance for the fantasy managers to prove their managerial skills and at the same time winning loads of real cash prizes daily. Sportito provides live updates on matches, layers’ performances, injuries’ news and an entire page entirely dedicated to the major sports’ stats thanks to its partnership with Sportradar, one of the best sports stats providers in the world. Unlike the rest of the daily fantasy sports websites, Sportito doesn’t have a salary cap which means you can bring in a variety of top players when you pick your best fantasy sports team. There are lots of contests, based on events from six sports, available which enable you to win loads of cash prizes. It’s arguably the best daily fantasy sports website on the list as it’s seemingly unlimited and provides users with a seamless user experience in order to provide ultimate enjoyment while they win cash prizes.
Sportito is the Official fantasy sports partner of Queens Park Rangers Football Club, one of the historic English football clubs in London, UK.
If you are looking for the top fantasy football blogs in UK, you can refer to Sportito blog, which has the best dfs advice and useful news for fantasy football players.

FanTeam can be classified as one of the operators who launched in the UK market earlier, it was operating under the name WooFBet until the summer of 2015, when a re-branding to FanTeam took place. Fantasy football, fantasy hockey, fantasy basketball,fantasy tennis, fantasy american football and fantasy MMA are offered. Their fantasy football contests’ formats are based on daily, weekly or single match events. Just like other daily fantasy sports providers, FanTeam offers fantasy football contests for English Premier League, Champions League and all the top football leagues in Europe.

Sportito daily fantasy sports’ app is available either for Android and iOS, and given the amount of services available it’s quite simple to use and navigate. You can easily access the live updates on professional games, statistics and injuries’ news on your mobile device with Sportito App. So you have the chance to follow live the performance of your fantasy football teams and their scoring compared to your opponents. Sportito App is developed with responsive designs and technology to be compatible with the latest smartphones’ features and operating systems. It will give You an excellent user experience, no matter what mobile device it has been downloaded on. It is the best method to play daily fantasy sports on Sportito, with easy access to the drafted teams, data and your player account.

This app brings the ESPN brand on the table, the American basic cable sports channel viewed by millions of fans every day. Its Android and iOS app offers Fantasy Football alongside fantasy basketball, hockey, baseball, and a prediction game called Streak. All ESPN games are completely free to play and it’s possible to stream the ESPN+ Live events in the fantasy app.

This Android and iOS football app, as the name itself suggests, is focused only on the English Premier League matches. It surely lacks variety regarding the competitions as they offer only fantasy contests based on each Premier League event. Users must select a team of 15 EPL players with a £100m budget, pick the starting 11, choose a captain and trade their players every week.  Its lack of variety doesn’t sit well with some DFS lovers, although it’s still one of the best Daily Fantasy Football apps out there on Fantasy Premier League.