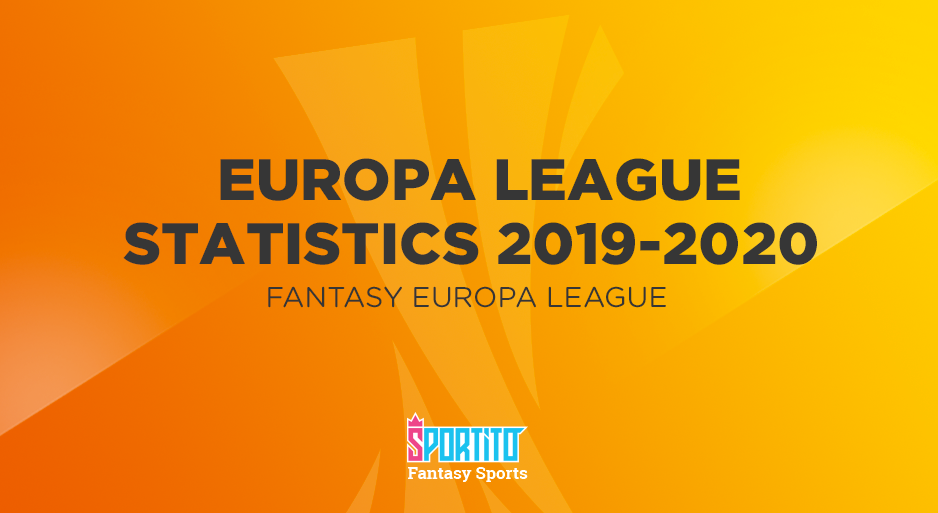 Fantasy Europa League is popular among fantasy football players, as much as Fantasy Champions League. Drafting Europa League lineups for the contests on Sportito is much successful if you have the Europa League stats in hand. This article includes the Europa League stats of players and teams for the current 19/20 season after the end of the Round of 32: Europa league top scorers, most assists and most goals scored by the teams. Additionally the stats from last 2018/19 season are reported to allow our fantasy managers to make a quick comparison when possible between the current and old performances of their favourite players.

At the moment looking only at the 2019/20 stats involving British cubs’ players as the first leg of the Round of 16 is about to start there are Diogo Jota of Wolverhampton and Alfredo Morelos of Glasgow Rangers in the top spot of the Top Goal Scorers’ rank with 6 goals each. The Most Assists‘ rank has Bruno Fernandes, the midfielder of Manchester United in third place, but it’s worth to mention that Red Devils’ player is present in the top 5 of both rankings.

MOST GOALS SCORED BY TEAMS IN EUROPA LEAGUE 2019/20

Now as stated previously you can give a look at the stats from the past season that had Chelsea as wiiner thanks to the great achievements of the Blues led by coach Sarri.

MOST GOALS SCORED BY TEAMS IN EUROPA LEAGUE 2018/19