The New Scoring System is Online! 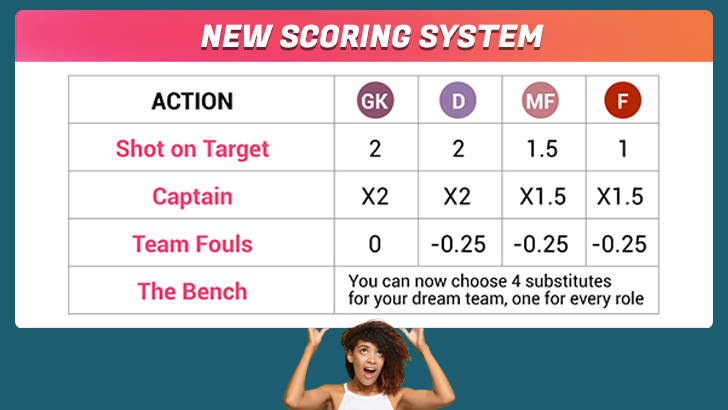 Our new scoring system is online and we are eager to describe all the new features that You will find when entering our fantasy sports contests! We are always happy to read the feedback arriving from the members of our platform and now this is one of those moments when we can say that your voice has been heard and your desires have been fulfilled! Sportito as You know is here to give You the best Fantasy Sports Experience ever.

Our parameters worked great until now, but the new scoring system and features will add extra spice to it and will make the final rankings of our contests more various and entertaining. So after this little intro let’s discover more in detail what these new additions are all about…

Starting from Today these are the new parameters that will be added into Sportito Fantasy Football’s scoring system:

Please note that the Single Goal Match parameter has been removed and it will no longer contribute to the calculation of the final scoring.

Points for the Captain

This parameter subtracts 0.25 points (Goalkeepers are exempted) for every foul committed by your player’s team during its match from the eleventh onwards. If, for example, You have chosen Salah for your fantasy lineup and Liverpool has committed 14 fouls during its match then 1 point will be subtracted from Salah’s final scoring, because his team has committed 4 fouls above the limit of 10 set by Sportito. 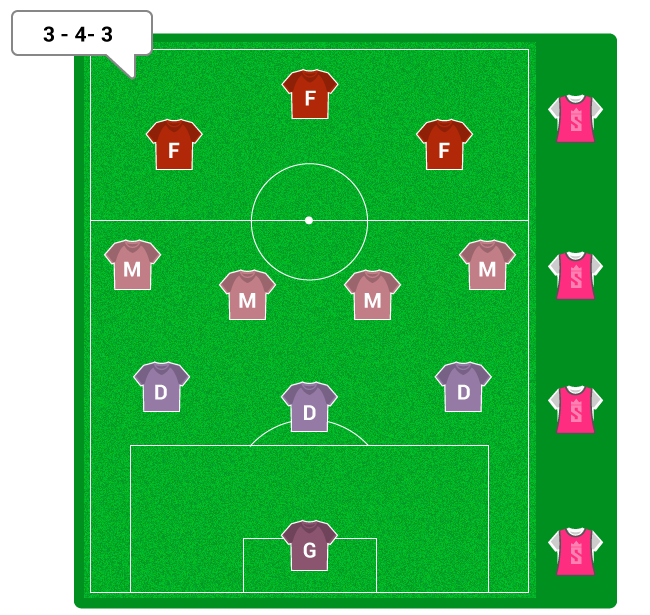 This is not all, the last feature that we have added is the Bench.

You can now choose 4 substitutes for your dream team, one for every role (GK,D,MF,F).

The substitute player’s performance will be counted in the final ranking only if at least one of the players with the same role from the starting lineup (same role during team selection) has not played at least one minute during his match.