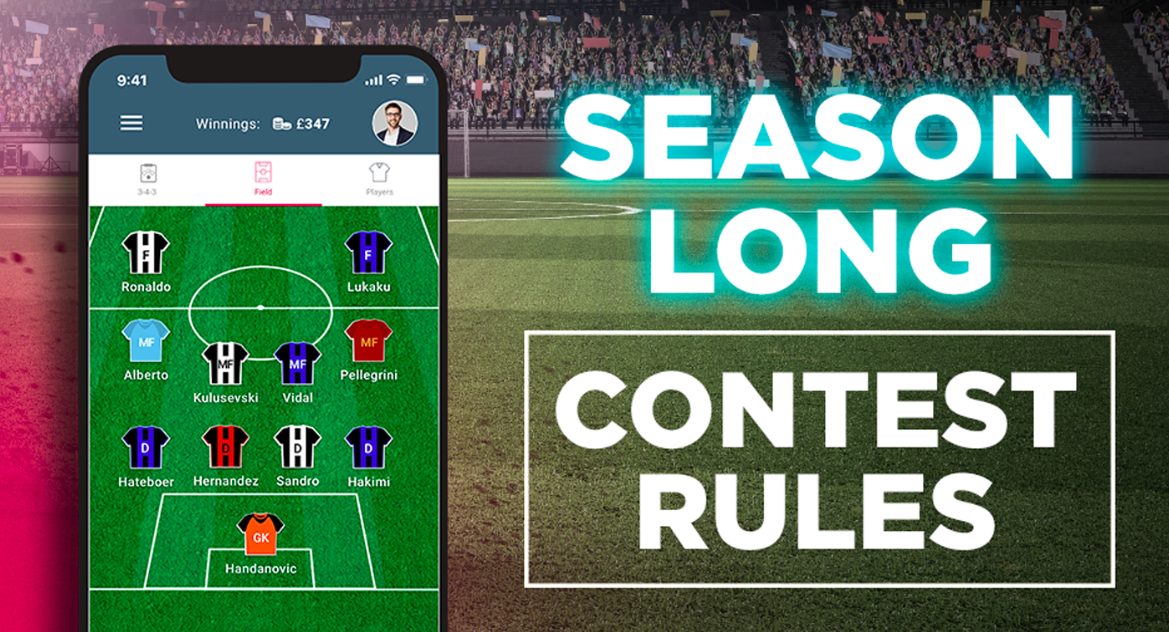 A Group Stage Champions League contest and a Serie A special contest are now on Sportito for season 20/21. Sportito has prepared a big surprise for all of our Fantasy Champions League and Italian Serie A managers and fans. We have officially launched two special contest about matches of Champions Group Stage and Italian championship. Build your team of 15 players and join Sportito’s special Contests. Play with your friends like and win lots of prizes.

To join the league, you need to select 15 players, with a maximum of 4 players from a single team.

On Sportito, there are no salary cap restrictions of £100M when building your team.
You can select the best team you want, but keep in mind the form of players (remember Danny Ings at the end of last year…) and each club’s game schedule to maximize your points each game week

From your 15-player squad, each game week you can choose the best 11 players.
Select your favourite formation and which players will score you the most points. Your remaining 3 players will make up your substitute bench.

Your players will earn points base on their performance in the each game week. Our detailed scoring system which assigns or deducts player points can be found in Sportito general rules section .

The Sportito Season long contest also includes a late registration period up until round 6 for Champions League and until gameweek 12 for Serie A contest. Fantasy Managers entering teams ate will be assigned points equal to 65% of the average team.

After you have selected your 15-player squad, you can make transfers. On Sportito there are no salary cap or budget restrictions. Pick the best players you need for your season’s team.

Free Transfers window
All managers will be allowed to do unlimited transfers during the “Free Transfer Window” (approximately 2 weeks in December-January). No points will be deducted during these two weeks for multiple transfers.

Sportito has guaranteed a wonderful prize for the firsts managers at the end of group stage ranking. Champions League 20/21 season is started but you can register at Contest when you want. Entry fee is £1.00 with a Prize Pool £180.00. Please note that You cannot use one of your plans’ tickets to enter this special contest. We are excited to bring this new contest to our well-known daily fantasy game. We hope our Fantasy Champions League managers have a great season with old and new friends as their teams climb the Sportito season league.

The first thing to do is go to the contest lobby and click join next to the “Champions League Group Stage Contest” . This is the new league game available for 6 matchweeks JOIN NOW THE 20/21 CHAMPIONS LEAGUE CONTEST

Sportito has guaranteed a wonderful prize for the firsts managers at the end of season in Italy. Entry fee is £5.00 with a Prize Pool £450.00. Please note that You cannot use one of your plans’ tickets to enter this special contest. We are excited to bring this new contest to our well-known daily fantasy game. We hope our Fantasy Serie A managers have a great season with old and new friends as their teams climb the Sportito season league.

The first thing to do is go to the contest lobby and click join next to the “Italian Serie A Season” . This is the new league game available

Fantasy Season Long, how to play at special Contest

Play at Sportito Champions League or Serie A Contest is very easy. See our example about play at UCL contest, is the same for Italian Serie A contest. Follow our guide to know how partecipate and play at special UCL contest on Sportito.

2 – Select the players for your Fantasy Team