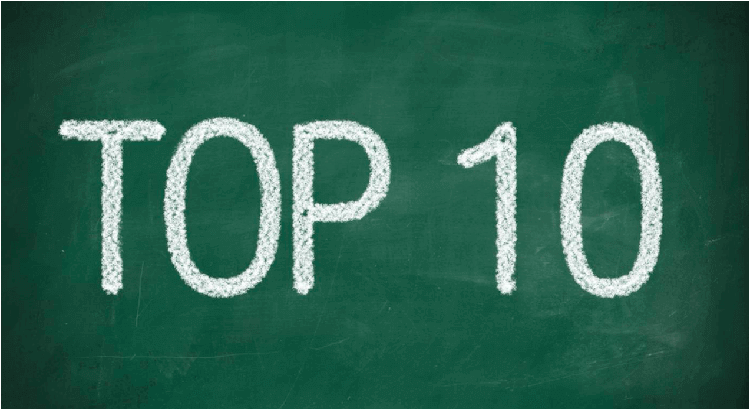 In what seems to be an integral part of any fantasy football team, proven goal scorer is the dream of an owner in the fantasy premier league. When such players rack up points on a consistent basis, it gives the team a clear edge over their competitors in the longer run. So here are top Fantasy Football Goal scorers of 2016, sorted by average Point Per Game, on Sportito.

1: Sergio Aguero – Manchester City (Avg. PPG on Sportito: 11.27)
One of the best strikers in the English Premier League, Sergio Aguero is undoubtedly the most sought after player in the fantasy football UK. With his ability to score even against the meanest of defenses, the Argentine has played a key role in Manchester City’s success over the years. Having scored 10 goals in just 11 Premier League apps already this season, the 28-year-old lies on top of this list of fantasy football goal scorers.

2: Diego Costa – Chelsea (Avg. PPG on Sportito: 10.59)
After a pretty average showing in the Premier League 2015/16, Diego Costa is back to his very best with the start of a new season. Currently the joint top scorer in the League standings with 10 goals, the Spaniard is a big reason behind Chelsea’s heroics this season. While the Blues are vying for domestic glory, Costa is ready to rise and shine in the Center of the English Capital.

3: Romelu Lukaku – Everton (Avg. PPG on Sportito: 9.87)
Even though most of his work goes unnoticed, but that doesn’t stop Romelu Lukaku to bolt the net on a consistent basis for the Toffees. With his physicality and ability to get the better of defenses, the Belgian needs no introduction when it comes to the fantasy football league. As a result, when the likes of Harry Kane and Sergio Aguero are the most sought after strikers, Lukaku isn’t far behind when it comes to proven goal scorers in the fantasy football.

4: Alexis Sanchez – Arsenal (Avg. PPG on Sportito: 9.25)
Nothing matches the excitement of a striker who can run over the defenses with his sheer pace and unmatchable ability. And while Arsene Wenger refused to sign a World Class Striker in the Summer Transfer Window, the French Manager showed no hesitation in promoting Alexis Sanchez to this position. After starting on a new position for the Gunners, the Chilean showed the world of what he is capable of when given a free run at the opposition’s backline. Scorer of 8 Premier League goals already this season, Sanchez is absolutely a treat to watch for at the Emirates.

5: Harry Kane – Tottenham Hotspur (Avg. PPG on Sportito: 8.74)
Pace, Ability, and Agility, the 23-year-old Spurs Striker is the perfect example of a Modern Striker in the World Football. After enduring a slow start to his club career, the Englishman has improved tremendously in the past few years at the White Hart Lane. While he finished as a top scorer in England’s top tier last season, Kane has already scored 5 goals in just 8 Premier League games this season. Now when he is ready to help Spurs to mount yet another title challenge, Harry Kane is one to look for in the Fantasy Premiership.

6: Sadio Mane – Liverpool (Avg. PPG on Sportito: 8.40)
Arrived at Liverpool with all sorts of apprehensions, Sadio Mane wasted no time in undermining his high price tag at Anfield. While the Merseyside Club paid a staggering amount of 32 Million Pounds to acquire his services, Mane is a star signing being committed by Jurgen Klopp’s Liverpool. A pacey winger who is an absolute nuisance for the opposition’s defense, Mane has already transformed himself into an integral part of Liverpool starting XI.

7: Eden Hazard – Chelsea (Avg. PPG on Sportito: 8.16)
Another Chelsea player which went missing last season, Eden Hazard has hit the ground running with the start of a new era under Antonio Conte. Scoring week after week, the Belgian is a perfect example of a top scoring midfielder in World Football. With his trickery and an unmatchable passion for winning, Hazard is a must have for any team in the fantasy premier league.

8: Jermain Defoe – Sunderland (Avg. PPG on Sportito: 8.16)
At a time when Sunderland are struggling to get out of relegation, that doesn’t stop Jermain Defoe from bolting the net at the Wearside. While the Black Cats narrowly survived relegation last season, Defoe’s 15 goals helped them big time to stage such an incredible journey. The 34-year-old has scored 7 goals in the new campaign and now looking at his form, the English Striker is well on course to improve his goal tally from last season.

9: Zlatan Ibrahimovic – Manchester United (Avg. PPG on Sportito: 7.83)
Signed for Red Devils on a free transfer, the Swedish Superstar has started to show his worth at the Theatre of Dreams. Currently the top scorer for Manchester United, the former PSG man is famous for scoring from almost impossible angles on a consistent basis. As a result, it hasn’t taken him long to make his name amongst the fantasy football goal scorers.

10: Phillipe Coutinho – Liverpool (Avg. PPG on Sportito: 7.51)
The Brazilian has put clubs from all around Europe on Red Alert after starting the new season in an absolutely incredible manner. Apart from his unmatchable goal scoring talent, one thing which makes Coutinho so Special is the way in which he scores the majority of his goals from outside the box. So when Liverpool are challenging for the silverware, Coutinho is successfully playing the role of a catalyst.